A container is a way to package the application and its dependencies so it becomes very easy to install the application. We’ve used containers in conjunction with OpenShift for a few projects recently.

We recently blogged on containers — what they are, their benefits, and some of the open source tools used to create them (Docker and Kubernetes). This first/original blog was seeded by a presentation to a major university client in conjunction with Des Drury.

In this blog, we’ll briefly recap some of those elements, but also talk about OpenShift (thanks to Michael Schmid from amazee.io for great info on OpenShift) and how it can be used within a containerisation strategy.

A container surrounds an application in its own operating environment, and can be placed on any host machine. The application runs in the userspace of the operating system, an area of the computer memory that’s kept completely separate from the OS kernel.  It doesn’t need a hypervisor to run. Developers decide what’s in the container, including the dependencies. However, containers give you a better way to package those things.

A container is a running image. The most common tool used to create containers is open source tool Docker. So, a Docker image is a container image created with Docker. To update an application, developers change the code in the container image, then redeploy the image to run on the host OS.

Kubernetes is a tool that enables automatic deployment, scaling and management of application containers. Like Docker, Kubernetes is open source, although it was originally built by Google. 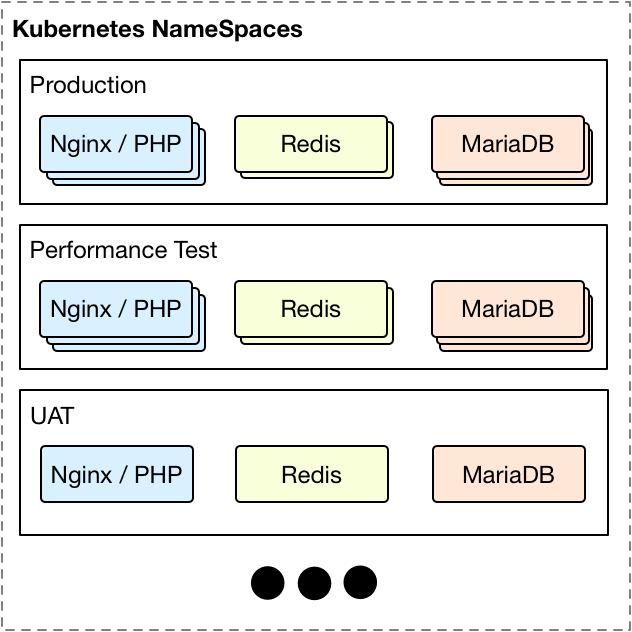 Multiple clusters can be used to provide additional redundancy and localised placement of workloads for a given region. The clusters can be any combination of cloud (e.g. Google, Azure or AWS) or on-premise (e.g. OpenStack).

We recently used OpenShift as part of the platform setup for a large government client. amazee.io was engaged to carry out the OpenShift cluster setup in the Amazon Web Services (AWS) Sydney region. The cluster was setup in a highly available configuration spread across all three availability zones for redundancy. This redundancy allows the cluster to withstand losing two of the three zones and still maintain service availability.

Lagoon was installed inside the cluster and used for continuous delivery of all projects linked to the platform. Any new branch created in a source repository automatically deploys the branch to OpenShift. Lagoon includes support for a local development environment based on Docker Compose. This allows developers to setup an exact production clone of the production platform because it’s reusing the same base images.